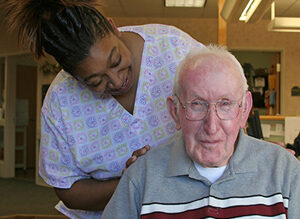 Flu and Pneumonia Hazards for the Elderly

Influenza, commonly known as the flu, is a virus that causes a contagious respiratory illness which attacks the upper and lower respiratory tract.

Flu season is typically from November to March and symptoms include:

While the flu is dangerous for everyone, children and elderly people are at the highest risk.90% of flu-related deaths, occur in the age group of 65 and over and more than half of the people who are hospitalized because of the flu also fall into this age group.

Those who are battling the flu can easily develop pneumonia if they are not careful. It is recommended that those with the flu get plenty of rest, drink lots of fluids, avoid alcohol and cigarettes, and consider having the Pneumonia vaccine.

Symptoms of viral pneumonia include:

With such high risk, here are suggestions from health care professionals on how to avoid the flu:

Luckily, according to the NM Department of Health, the New Mexico flu season has peaked and will likely begin to decrease for the remainder of the season. With some simple precautions, you can help your loved ones (especially those 65 and older) make it through flu season healthy and happy!