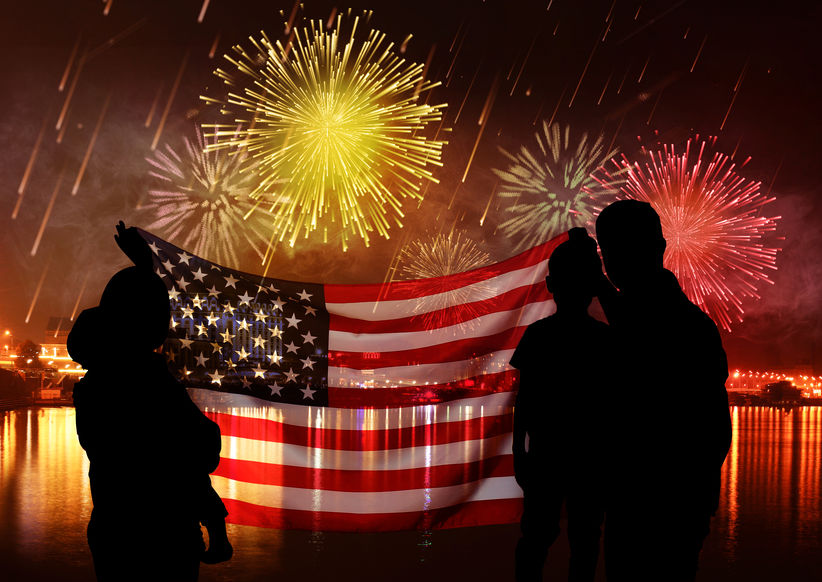 You may have heard the term, “The Greatest Generation”. It was a reference to the men and women who fought World War II and supported the war effort. Today, it’s estimated that less than 100,000 of the 16 million Americans who served in WWII are still alive.

Regardless of the war they served in – WWII, Korea, Vietnam, the Gulf War, or more recently, in Afghanistan or Iraq, those who have served in the United States military branches deserve our recognition and honor.

As we approach America’s Independence Day, it’s a good time to recognize those who have served, and to honor patriotism in all of our lives.

If you have an elderly neighbor or family member who still lives alone, perhaps they’d appreciate if you would display their flag on the Fourth of July. Many seniors are not stable enough to reach a heavy flag up to hang in the flagpole.

It’s also a good time to tell them how we appreciate their service. Ask some questions to prompt memories of their service and the places that they were stationed or visited during their stint. Plan an outing to a patriotic display during national holidays like Memorial Day and Veterans Day, or offer to take them to a fireworks display (or an overlook where they can see the fireworks, without being in a large crowd).

At FootPrints Home Care, we believe it is an honor to serve others who need our care. It’s that same philosophy that has led millions of Americans to join a branch of the military, in order to protect and serve our nation. So wear the patriotic t-shirt; plan a barbeque with red, white and blue cupcakes; hang the flag – but especially, let your family and neighbors who served our nation know how vital their service and patriotism are.